ITINERARIES TO DISCOVER THE TRENTINO REGION

Thanks to its geographic position and excellent road network, Valsugana is the ideal starting point for outings and excursions to discover Trentino. The various destinations of the province are all conveniently linked by easily travelled provincial and state roadways.
We remind visitors that motor vehicles are nonetheless harmful to the natural environment. You are therefore urged to keep to paved roads, and to explore unpaved sections on foot, respecting all signs and warnings. Leave cars in the indicated parking spaces and not on fields, in woods or on the edge of the road. These days, cars in the mountain landscape are a necessary evil, so at least take care to disturb the environment as little as possible. Park the car as soon as you can, and continue your outing on foot: it’s the best and most civilized way to enjoy nature in maximum tranquillity.
In the maps available at Valsugana Vacanze offices you will find suggestions for easy day outings by car in the Trentino region (the distances refer to the complete itinerary).Itineraries proceed for the most part on mountain roads, therefore you should assume a rather moderate average velocity when estimating total travel times. We wish you a pleasant adventure getting to know our enchanting countryside, as well as the art, tradition, culture, gastronomy, and all the authentic and genuine riches that Trentino has to offer.

From Levico Terme, following the panoramic provincial road 11 with its magnificient views of the underlying valley, you reach Compet and then Vetriolo (km.13) on the slopes of Monte Fronte, at an altitude of 1,500 metres. Here there are the two springs of arsenic-ferruginous water that flow at the highest thermal baths of Europe. Vetriolo is the ideal starting point for excursions in the Lagorai, one of the most interesting and attractive groups of mountains in Trentino.
[From Compet, just before Vetriolo, you can easily reachPanarotta by the well-paved road that arrives at the parking area for the lifts of the 'Panarotta 2002' ski centre. Leaving the car and continuing on foot, you can reach Cima Esi (1,832 metres), Cima Storta (1,901 metres) and Monte Panarotta (2,002 metres)] From vetriolo, having passed the ‘Maso al Vetriolo Vechhio’, proceeding down along the ‘Strada dei Baiti’ (road of the Alpine huts) among splendid meadows and dense woods, you return to Levico Terme (km. 25).

From Levico Terme you reach Pergine Valsugana (km. 10) then Canezza, the beginning of the Valley of the Mocheni, a suggestive Alpine valley, through which the fersina mountain stream runs, inhabitated by a population of German origin that has preserved its distinctive language, customs and dress throufh the centuries.
After Mala you reach Sant’Orsola (km. 20) popular destination and home to a thermal treatment centre with arsenic-ferruginous water. Then you proceed towards Palù del Fersina (km. 26) at an altitude of 1,350 metres from which you can start beautiful walks and excursions to the Lagorai chain, the Alpine lake of Erdemolo, the Sette Selle mountain refuge and Sasso Rotto. Palù was once an important mining centre; in the early 16th centuty there were numerous mines in Palù, Fierozzo and Roveda, where German miners called ‘canopi’ worked to extract copper, silver and lead. Recently one of the original mines has been fixed up and opened to the public. Palù is home to the Mòcheno-Cimbro Cultural Institute, created to protect the languafe and culture of the ethnic minorities of the Mocheni Valley and the Cimbro population of the area of Luserna. From Palù, going down towards the Fersina mountan stream on the orographic left side of the valley, you reach Fierozzo S.Felice (km. 30) and then Frassilongo (km. 34) and finally Pergine Valsugana (km. 42) and Levico Terme (km. 52).
To visit:
* in Palù del Fersina, the ‘Grua va Hardömbl’ mine,open from May to October, to be visited accompanied by a guide. For information and reservations the phone number is 0461/550053.

From Levico Terme you reach Calceranica (km. 5) then climb towards Bosentino along the panoramic road with beautiful views of Lake Caldonazzo. After Bosentino the Vigolana Plateau opens up, borded to the south by the Vigolana massif (2,150 metres) and to the north by Monte Marzola (1,735 metres). At the intersection with the provincial road of Fricca, turn left and, after Vattaro (km. 13), proceed up along the wooded Centa Valley to Fricca Pass (1,110 metres). You then reach Carbonare (km. 27) and the plateau of Folgaria, Lavarone and Luserna, with its characteristic undulating countryside where coniferous and beech tree woods alternate with wide meadows. These plateaus were the scene of many battles during the Forst World War, as witnessed by the numerous Austro-Hungarian forts and the war cemeteries of Slaghenaufi at the village Bertoldi and Luserna at Costalta.
[At Carbonare there is the turnoff for Folgaria (km. 6.5), a summer and winter tourist destination equipped with numerous lift facilities. Just after Folgaria, descending towards Calliano and the valley of the Adige, there is the turn for Guardia, a tiny village on the slopes of Monte Finonchio, known for the murals in naive style that decorate the facades of the houses. Here lived and worked the painter, sculptor and poet Cirillo Grott, whose home-studio can be visited today. Returning to the state road 350, you descend passing Mezzomonte di Sopra and di Sotto and Dietrobeseno, to reach Calliano (12 kms from Folgaria). Then take state road 12 towards Trento, to arrive to Pergine Valsugana and Levico Terme] Proceed to Lavarone (km. 32), a summer and winter tourism centre made up of many tiny hamlets which bear the names of the original families that lived there. Lavarone Lake is located near the hamlet Chiesa. in the zone of the Cappella hamlet, the Belvedere Fort and its museum are worth a visit.
[At the turn for Monterovere the road goes up to the right and in 6 kms, arrives at Luserna (1,333 metres), a linguistic island where the medieval German language called Cimbro is spoken.] Continuing among meadows and woods you reach Vézzena Pass (km. 43) at an altitude of 1,417 metres, and the opening of the incomparable expanse of the plateau by the same name, sprinkled with ‘malghe’, the rustic buildings characteristic of mountain agriculture used during summertime as cattleshed. Here excellent milk products are made, including the cheese known as ‘Vezzena’. In wintertime the area offers many cross-country ski trails. You can also make excursions on foot to Pizzo di Levico (1,908 metres) abd Cima Manderiolo (2,051 metres).
You can return to Levico Terme by the same route, or else, at the turnoff of Monterovere (km. 46), descend along the provincial road of Monterovere, also known as ‘Menador’, ‘Pegolara’ or ‘Kaiserjägerweg’. It is a military route from the First World War. There are many hairpin curves, and at some points the road is very narrow and steep, constructed along sheer rock; it is therefore to be discouraged for those who suffer vertigo. The road leads to Caldonazzo (km.61) and then Levico Terme (km.64).
To visit:
* in Lavarone, the Fort Gschwent-Belvedere Museum, open form Easter through September, from 9 a.m. to 6 p.m., closed on Mondays except during July and August. 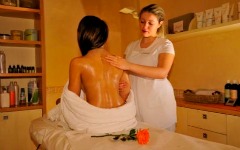 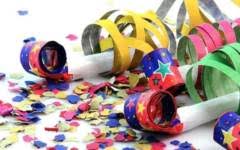 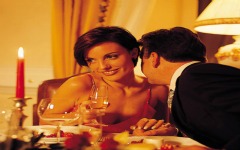